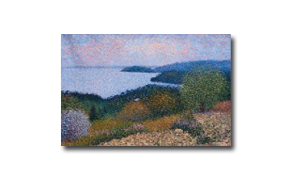 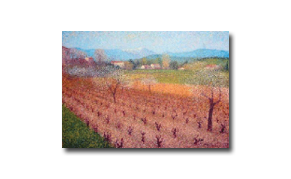 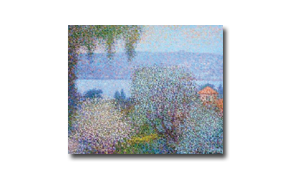 Jean Vollet was born at Montayral, France on June 29, 1935. After studying art at the Ecole d'Arts Graphiques in Bordeaux, he went to Paris in 1962. There he devoted his time entirely to painting and began to display his work in 1964 at the Salon des Independants. He has since been met with tremendous success exhibiting in Paris, New York, Tokyo, Beverly Hills, Cannes...etc. Furthermore, his powerful auction records have solidified his reputation as one of great contemporary French masters . His pieces illustrate the influence of Seurat, combined with Renoir and Pissaro. Their balance and equilibrium, their serenity, are typically French. Although a contemporary Jean Vollet has recreated in his own personal style the pointillist technique of Seurat which he blends with the carefully applied study of light of the impressionists.